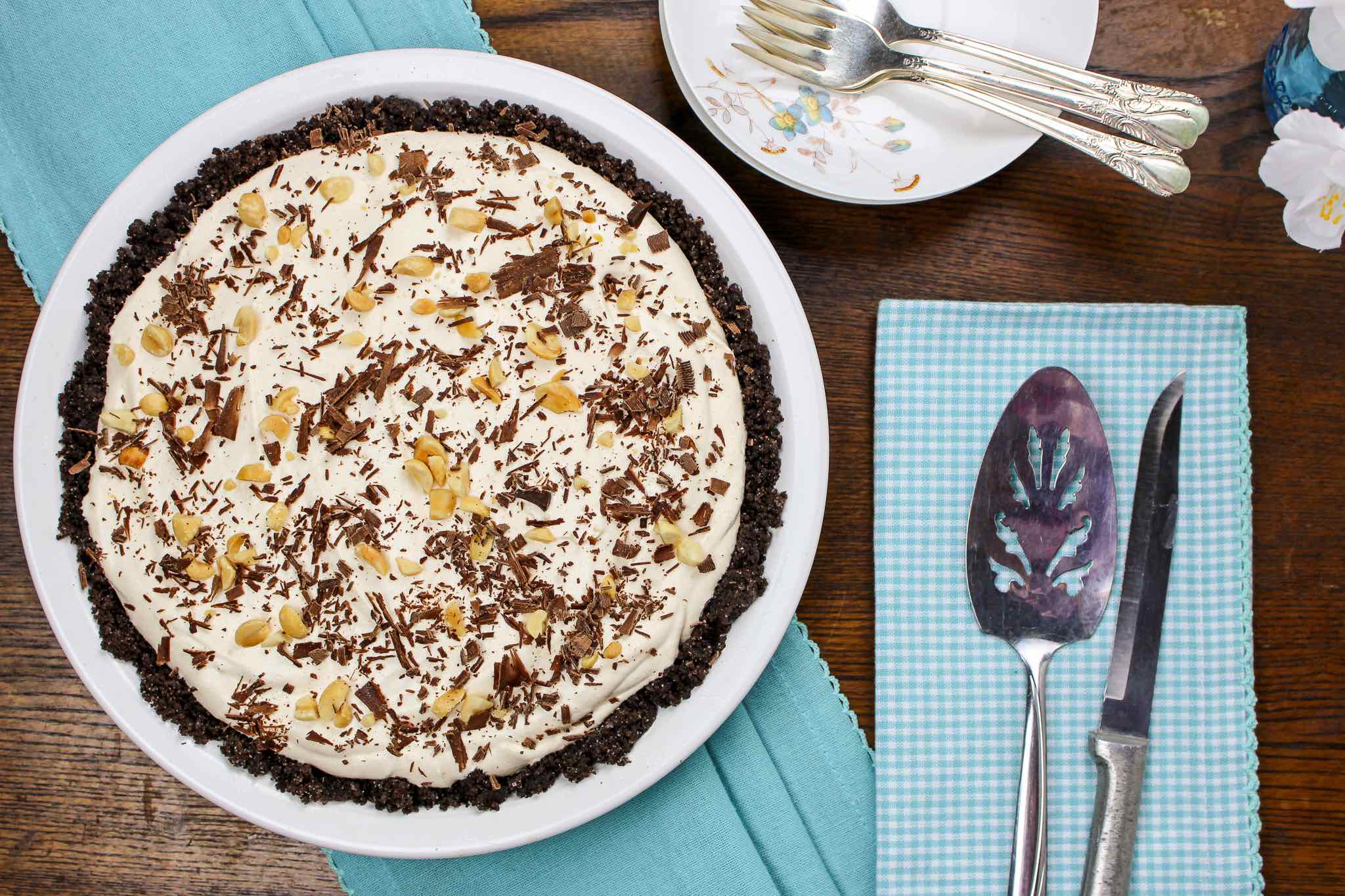 Make sure you’re ready for Pi Day on March 14th with a delicious pie recipe. This cool and creamy peanut butter pie was a favorite dessert of mine growing up.

It’s great for Pi Day potlucks as it’s a good bet no one else will bring the same kind of pie. To feed a crowd, simply double the filling and split it between two crusts.

You can use a pre-made cookie crust if you’re in a hurry, but I usually make my own. I like this Crumb Crust recipe from Southern Living, though I leave out the salt.

It’s important to soften the cream cheese before mixing it with the peanut butter or the filling may not be smooth. I let the cream cheese sit at room temperature for at least half an hour before starting.

In addition to being super easy to put together, this pie can be made ahead. After it’s firmed up, just wrap the pie tightly in aluminum foil and put it back in the freezer. Then let it thaw for 15-20 minutes before slicing and serving.

If you have peanut allergy concerns, try our Dutch Apple recipe for Pi Day instead. 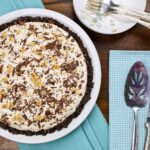 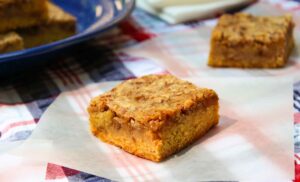 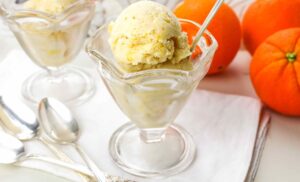 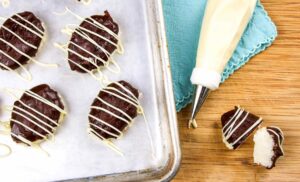 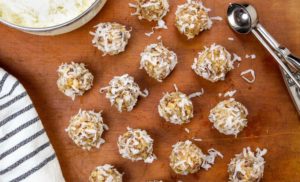 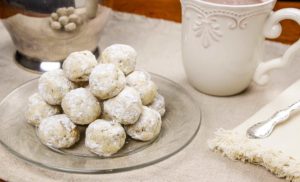 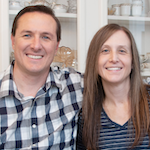 We’re Megan & Tim and we want to share our experiences and lessons learned along the way to help you make the most of all life’s occasions.  More about us…

Get our latest tips, lists, recipes, and more.

We participate in select affiliate programs, such as Amazon Associates.  If you make a qualifying purchase through a link on our site, we earn a commission at no additional cost to you.  We only provide links for products that we have used and loved ourselves, and that we think you’ll enjoy just as much.  Thank you for your support! 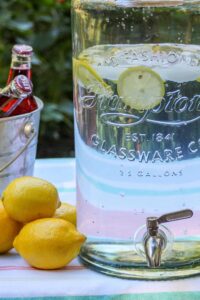 Receive our latest tips, lists, recipes, and more right to your inbox.